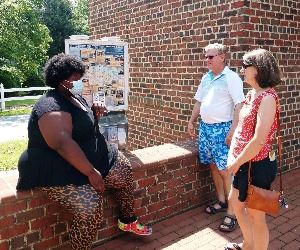 Joining our team again this summer is - you guessed it - Miss Tiani MIller! Tiani is a graduate of Surry County High School’s Class of 2020 and a rising junior at Virginia State University where her declared majors are criminal justice and psychology, with a minor in social work. “The reason I chose criminal justice and psychology is because they often go hand in hand, says Tiani. “I want to be able to assist people who may feel like they don’t have a voice. I want people to know that it’s okay to be different, and although it may take time it is possible to find people that you can relate to.”

Here is what Tiani had to say about the development of a new tourism trail being developed along Routes 10 and 5 in South-Central Virginia:

"The creation of road trips and trails accelerated when COVID first entered into our lives in 2020. People wanted to find ways to travel safely and have fun while being inside of their own cars. More people were interested in going out and doing the road trip tours like the most famous “Salty Southern Route” and “Route 66” because it wasn’t too crowded, and it meant family fun for everyone.

Recently, I went on a developmental road trip for a new tourism trail called the “Five and Dime”. The trail has not been launched yet, but when it is, it's going to be an amazing site to see! This driving triail takes you through the communities of Hopewell, Prince George County, Surry County, James City County, and Charles City County. All of these localities are connected to each other because Route 5 or Route 10, hence the name “Five and Dime”.

The team that is working to put the tour together has been off to a great start already. They have had numerous meetings to organize the tour and put together information to make it run smoothly. They have received grant money from the Virginia Tourism Corporation and with that money, they will be creating a webpage and marketing materials. The tour could be used for a nice outing with family and friends. Along the tour, there are exciting places to stop and grab some great food and drink - if that is what you are into!

There are many attractions to visit while on the tour as well. There are museums, art galleries, coffee shops, opportunities for ziplining, and so much more! Entering into the museums was an amazing experience for me because there was a lot of history that caught my eye! I saw a lot of interesting artifacts and displays that revealed how difficult life was back in the 1700-1800's. I enjoyed going to see the ziplining park! There were big trees that held the lines to zip across - oh boy, they were high! That would be an exciting thrill for families who enjoy the rush of adrenalin. My favorite part of the tour was discovering all of the great places to dine, because I am a major foodie. Going on a tour like this, food is important. It speaks to the soul, especially when it’s good food!

This new trail will combine opportunities for fun and adventure while learning a little bit of history and enjoying great food, art, or smooth jazz in a coffee shop- that’s a great deal in one. I can't wait for the trail to be launched in the spring of 2023, because it's going to be one of the best tours ever!" 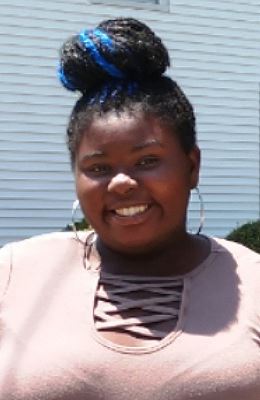 Tiani joined our staff during the summer of 2019 as a rising high school senior at Surry County High School. She was a member of the marching band and flag corps; and participated in the dual enrollment program, taking classes for college credit while still in high school.

A lot of people may ask, "What is in Surry that might interest me?" Many people may respond back with, "Nothing," but there is more than you think here in Surry - and you would enjoy it! Surry has so much history in its background and they don't even acknowledge it in schools today. In order for you to love Surry, you have to "savor the secrets".

What I love about Surry is that it has more of a laid-back, "everybody is family" type of vibe. Yeah, it's the lil' ole' country, but in this lil' ole' country people are nice, caring, and warmhearted. Anywhere you go in Surry, there are people with smiles on their faces showing pride in their community. That's one thing about Surry that I love.

I bet if I asked people, "Who was Chanco?" most people would say, "I don't know." Chanco was a very important person to Surry. He warned his godfather, Richard Pace, of an attack on the settlers by the Powhatan tribe. This action that he pursued saved the colony from total annihilation.

Many people also don't know that there was actually an African American educational institute located in Surry County. Education has strong roots in Surry County. Private schools flourished in the county of Surry, which caused the Smallwood Institute to be formed. "Mother" Amelia Howard started the first school for black students in Surry County in 1866.

Surry is filled with history that should be learned. You hear a lot of people saying how Surry has nothing to offer, but that's wrong. Surry offers facts and truth that people fail to learn or don't care to learn. In order for citizens in Surry to show pride in their community: they have to care about how the community was made and its history.

Arthur Allen II was present at the fateful court session of August 10, 1676 when the Surry justices voted to send supplies to the rebel Nathaniel Bacon. He must have opposed the decision, and shortly thereafter he hid his silver, left his home and followed Governor Berkeley. He was at Jamestown when Bacon attacked and burned the town, and he later became one of Berkeley's most trusted officers. He was "Captain Allen" by later November 1676, and he led some of the attacks on the rebels from one of the ships in the York River in front of West Point.

I enjoy being a citizen in Surry because Surry is something special! Surry has a lot of secrets, and it's worth the investment to dig a little deeper in order to understand and know the true beauty of the county you live in. 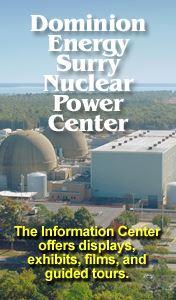